In Western Australia, there are about 548 pastoral leases covering some 870,000 square kilometres of rangelands – more than one third of the State’s landmass.

In Western Australia, there are about 548 pastoral leases covering some 870,000 square kilometres of rangelands – more than one third of the State’s landmass.

Since the current structure of pastoral leases was established in 1933, new demands for rangeland use have been generated by resource development, the growth of tourism and other recreational pursuits, and increased recognition of indigenous and conservation interests.

Many issues and challenges are currently facing the pastoral industry. These include:

The Government required that the interests of all Western Australians be considered before pastoral leases covered under the Land Administration Act 1997 were renewed. To ensure a broad consultation with all stakeholders the Minister for Planning and Infrastructure hosted a Pastoral Forum, The Gascoyne Muster, held over two days in May 2002 in Carnarvon.

The issues were highly emotive and the overwhelming press given to the forthcoming event was negative.

Consensus Forum
The Consensus Forum is a method of engaging all key stakeholders in the development of policy and input to the decision making process. The key issues are explored using ‘open book’ information. Opportunities are given to understand different viewpoints and to deliberate in small groups. The focus is on the search for common ground. The findings become integral to the decision making process. The key stakeholders are integral to process of developing policy.

Participation
350 participants attended the two day forum, often driving many hundreds of kilometres to attend. The first day was limited to the broad range of representatives from the pastoral industry, including indigenous groups, local and state government. Anyone with an interest in pastoral lease access and multiple use issues, eg tourism, mining industry and aboriginal groups, were welcome to attend on the second day.

Participants sat at tables of 10. Each table was provided with a scribe. Participant groups were mixed to provide a broad range of interests and views at each table.

The Minister was present throughout the proceedings and, unlike many other participatory democracy initiatives, played a key role throughout the two days in responding to issues.

Aim
To provide opportunities for participants to have their say in forging the future policies for the management of pastoral lands in Western Australia.

Day 1 commenced with the Minister outlining the purpose and potential influence of the Gascoyne Muster process, and introducing other Ministers and Members of Parliament. Participants then introduced themselves to their table colleagues.

Following these sessions, tables deliberated on the issues of ownership, viability, lease fees and rates and any other associated issue. Each participant was asked to fill out their thoughts on an individual form under three headings:

Individuals’ issues were then discussed by their small group to determine the table’s key issues, reasons and suggested resolutions. A joint table submission was then written on a similar form. If any individuals felt their issues had not been documented to their satisfaction in the joint submission, they could also submit their individual forms.

In a plenary session, some of the key issues, reasons and resolutions were outlined.

This process was repeated in the afternoon with a presentation followed by panel discussion on:

At the evening plenary session, some of room’s key issues, reasons and resolutions were outlined.

On day 2, the process was repeated. Few people left, more attended. Participants were asked to join different tables. Following the table introductions, once again there were presentations followed by panel discussion on:

Individuals had the opportunity to write their issues, reasons and potential resolutions on forms. These were discussed during small group discussions to determine the key themes. Once again, the table forms were submitted as were any requested individual forms.

In the afternoon, there were the final presentations and panels:

The small group discussion process was repeated for the last time.

At the final plenary, not only were the key themes outlined, but also any remaining issues of contention. The Minister outlined the continuing process as follows:

Feedback
The feedback was very positive. Participants had thought the Muster would be little more than a ‘brawl’. Instead, it was a productive discussion of issues where everyone felt their views had been heard. In particular, the Minister was commended for being willing to respond on the spot to the extraordinarily broad range of issues that were raised. To the surprise of many, the Pastoralists and Graziers’ Association published a very complimentary press release on the positive nature of the Gascoyne Muster and its outcomes.

Post 1st Muster
All participants were sent a complete report of the 1st Muster Forum.

Following the Forum, five working groups were established to report on and recommend workable solutions for the key issues confronting Western Australia’s pastoral industry. The working groups brought pastoralists together with representatives of other rangeland stakeholders, including indigenous communities; mining; recreational and tourism interests; conservationists; and local and State government.

Broad issues affecting the pastoral industry were examined including sustainability, access, economic monitoring and tenure. Three of these groups prepared interim reports to aid the determination of land for exclusion from the 2015 renewal of pastoral leases.

By June 2003, all five groups submitted their final reports to the Department of Land Administration, which together with the Pastoral Lands Board’s comments, were forwarded to the Minister.

All Forum participants were sent a copy of the five working group final reports. This was followed by a call for public submissions. The submissions process was widely promoted via advertising in regional and local newspapers. Copies of the final reports were disseminated broadly. All pastoral lessees were forwarded submission forms and a copy of all the work produced to date.

The recommendations from the working group reports were considered at a second Forum that was held in September 2003.

The final reports of the working groups were discussed in small groups and then in plenary sessions – recommendation by recommendation.

A Final Report was prepared that combined the outcomes of Muster II as well as the public submissions. This Report has been submitted to Government for their response.

When the issues are broad, complex and emotive, with varied and strong stakeholder views on how the issues should be resolved, the Consensus Forum is a valuable technique. Holders of differing viewpoints are engaged in small group dialogue that is grounded on open information, willingness to listen to other’s perspectives and to deliberate issue by issue. This offers the opportunity to forge new understandings and new ground.

This was made patently clear when the extraordinarily high level cynicism that had been expressed by participants before the first Muster was turned into good will, hope and improved trust at its conclusion.

Inclusive processes such as this tend to take longer than estimated (years rather than months), and to cost more than the usual community consultation processes (eg advisory groups or one-off workshops). However, the policy and recommendations that eventuate are more likely to be ‘owned’ by the community, hence implementation is facilitated. In the long run, deliberative, inclusive processes could well be the less costly option.

As with most capital cities, the transport of freight has become a crucial issue, not just to the economics of the state, but to its quality of life.

The issue of the proposed traffic flow on and off the new Reid Highway Extension had been a highly contentious issue in the Karrinyup / Carine community over the past decade, particularly at the Everingham St. intersection. 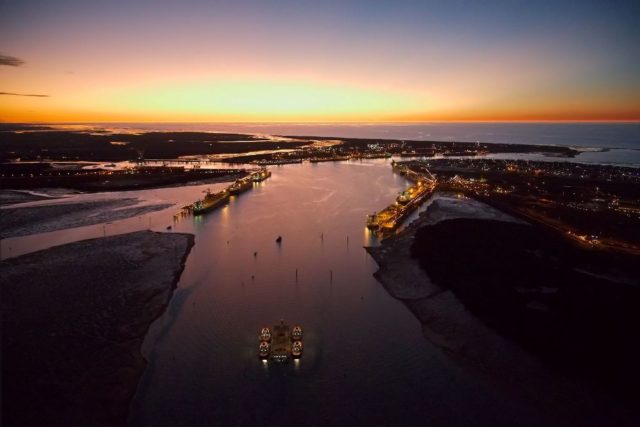 Town planning in Port Hedland has reached a critical stage due to the demands of the dramatically growing resource industry.